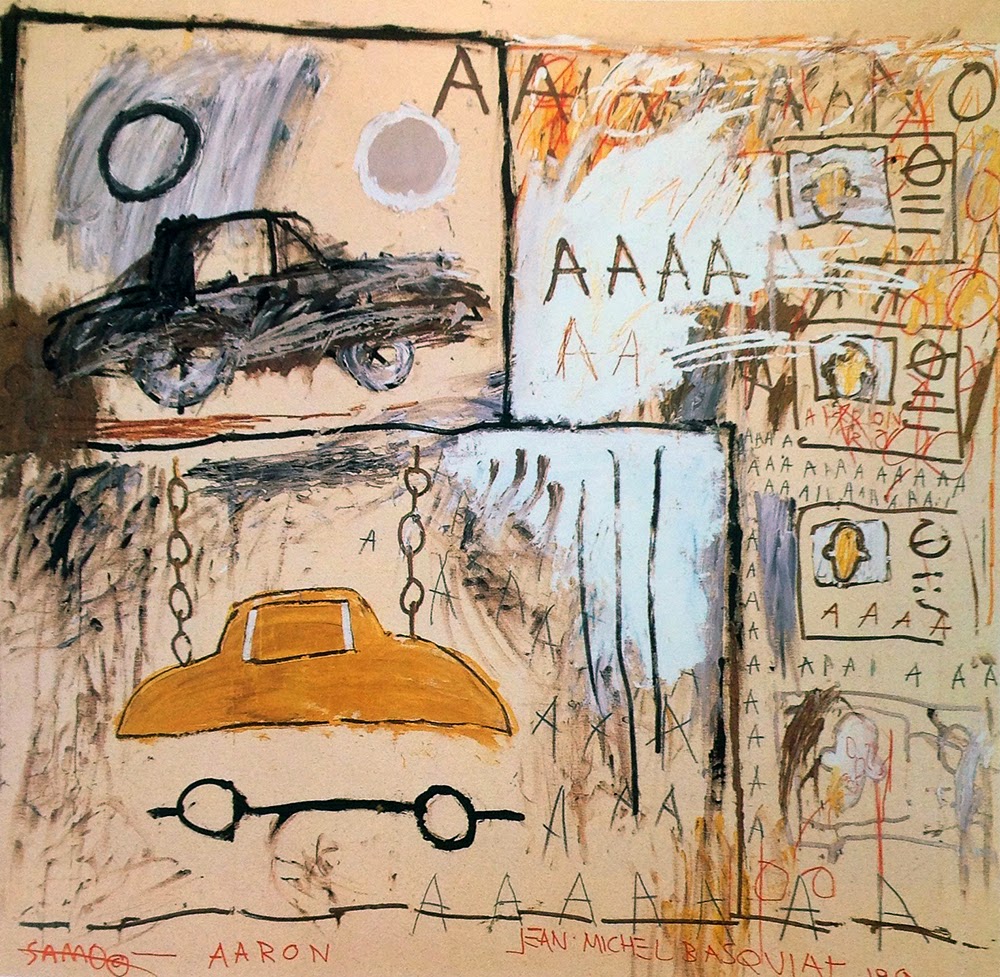 I fell in love with Jean-Michel Basquiat's work when I was in art college in Paris. I saw a show at Musee Galerie de la Seita, Paris in 1993 and from then on I read everything about him that I can put my hands on. He really lived his art. He was his paintings. His immense energy but also the fact that he painted like he was driven…I still find that very inspiring. I am not trying to romanticize him. It just feels like he had things to say, that he was angry and passionate and clever and sweet. And all that can be found within his work. Last year I saw a huge show about collaborative works he did with Warhol and Clemente at Ausstellungshalle Bonn. I stood in front of his works and got drawn in again…into his universe. I also felt the freshness of his paintings. They were very much alive. I suppose what I love most about JMB´s work is that it is very personal and that it goes straight to your heart. At least it does that to me.
Sabine Tress, 2014 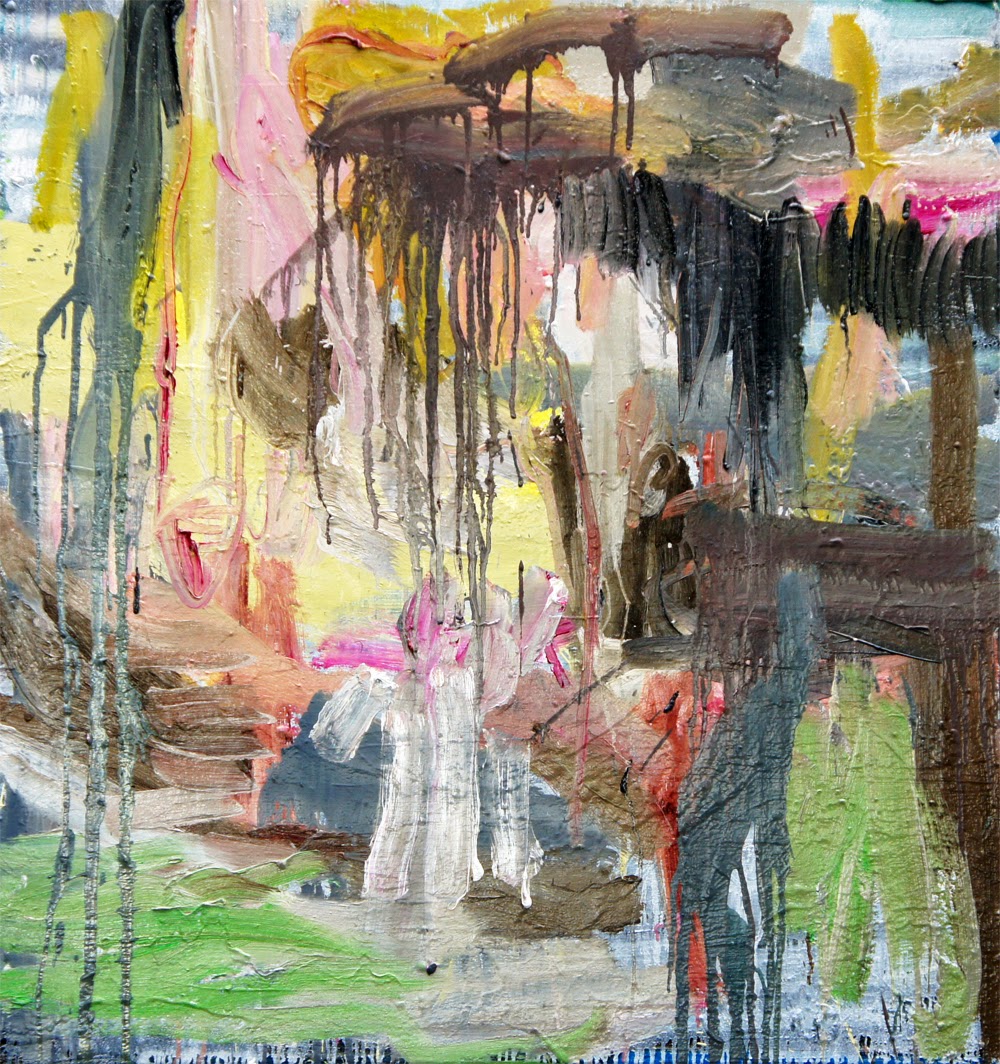