1. Exhibition Nothing But Good Live 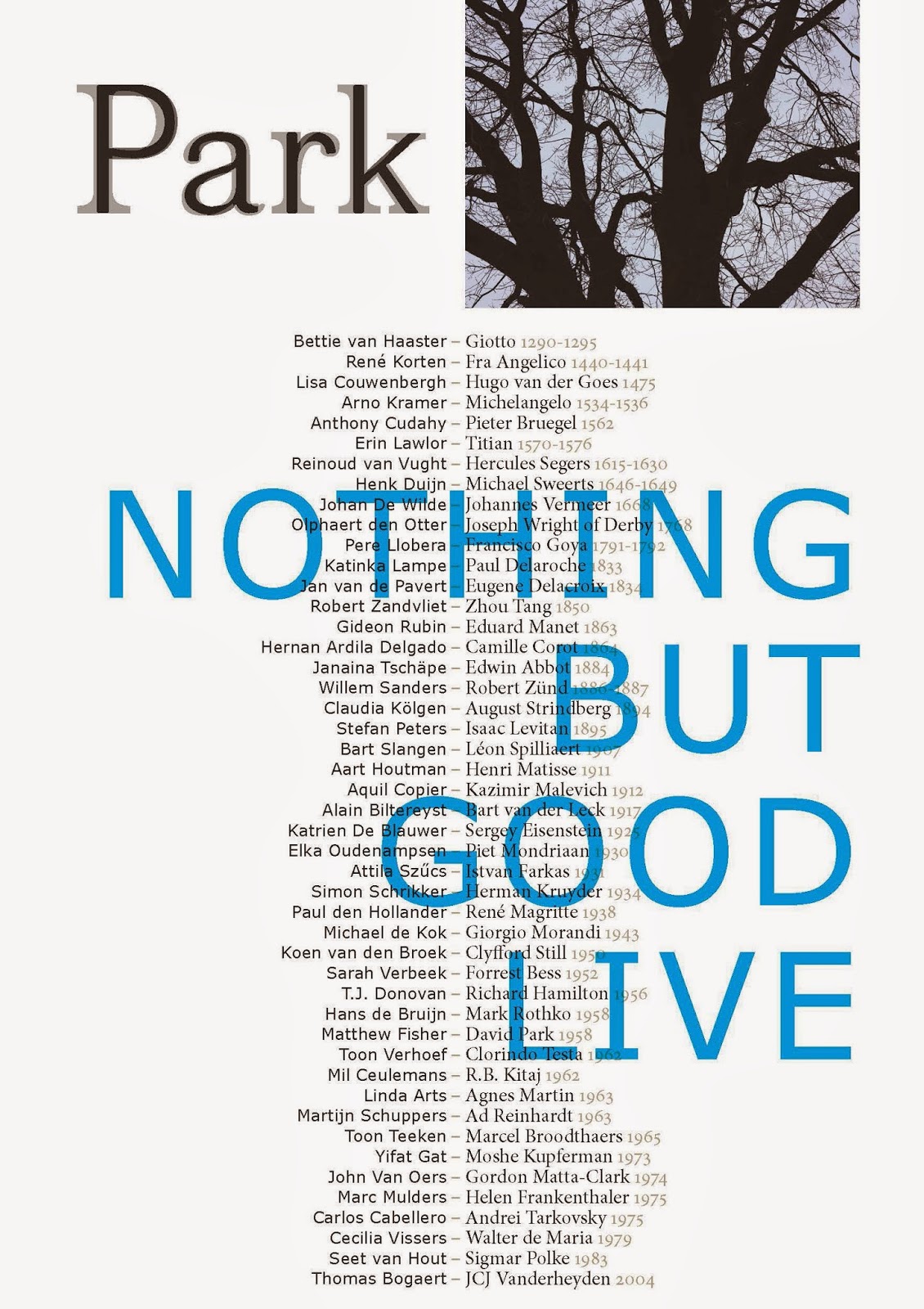 Park-Platform for Visual Arts in Tilburg NL organised an exhibition based on this blog, entitled Nothing But Good Live. Reinoud van Vught and René Korten are co-curators for this artist-run exhibition space.

In the exhibition one work is shown of all the participants in the blog until March 2014. The work of the chosen predecessors is shown as a small reproduction in a timeline on the long table in the exhibition space.
The exhibition opened on Saturday March 22 2014 and ran until May 11.


Impression of the opening reception on March 22: 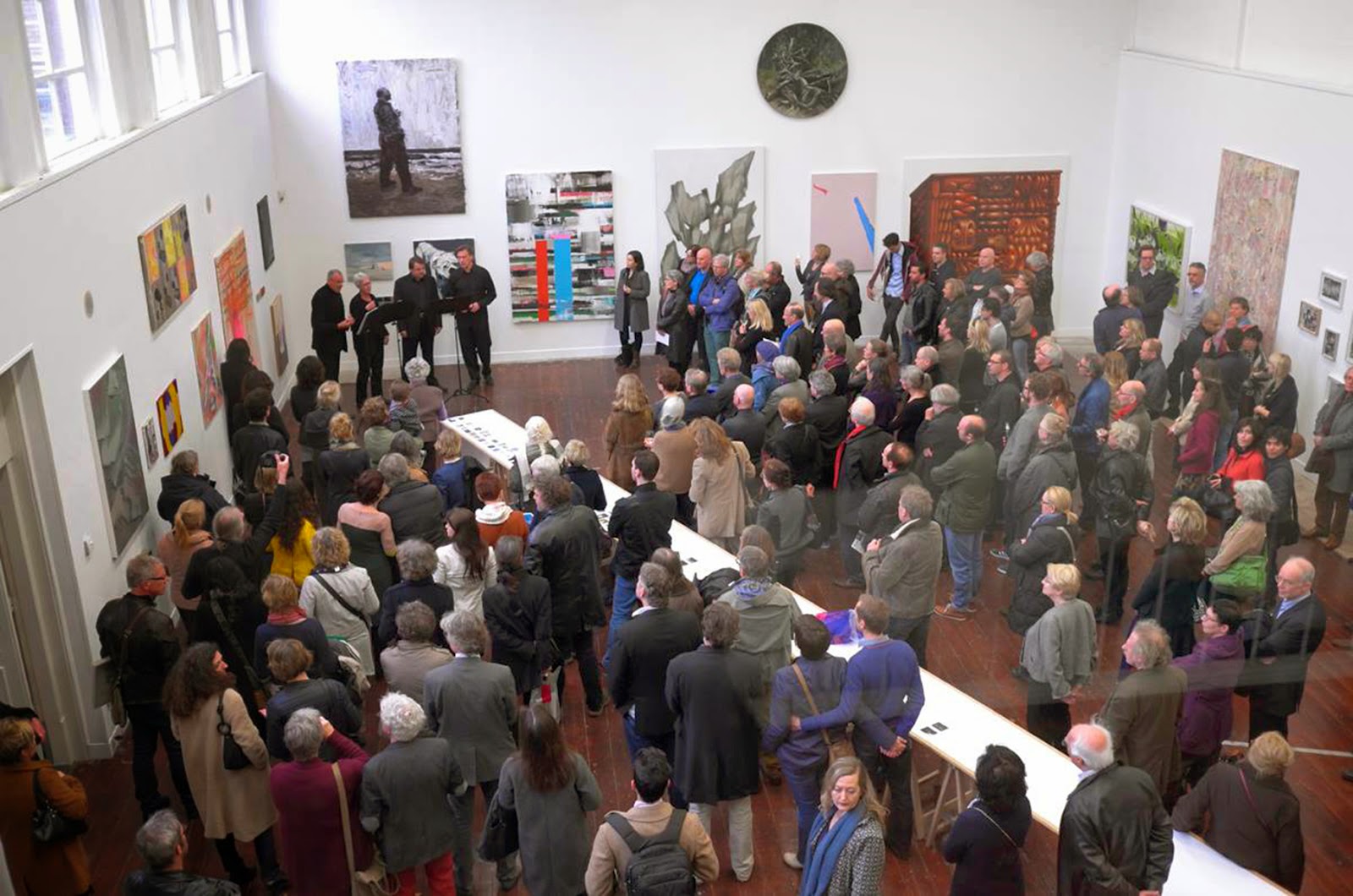 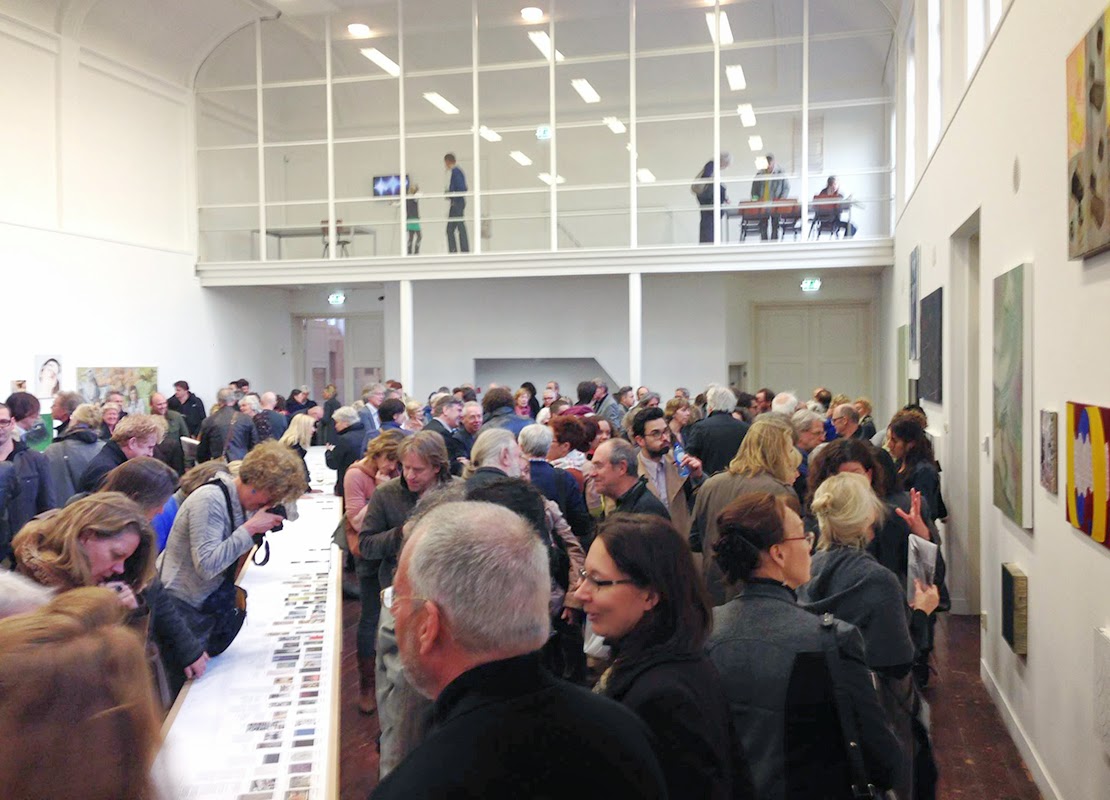 Design of the timeline -in three parts- presented in the centre of the exhibition:

Detail of the timeline: 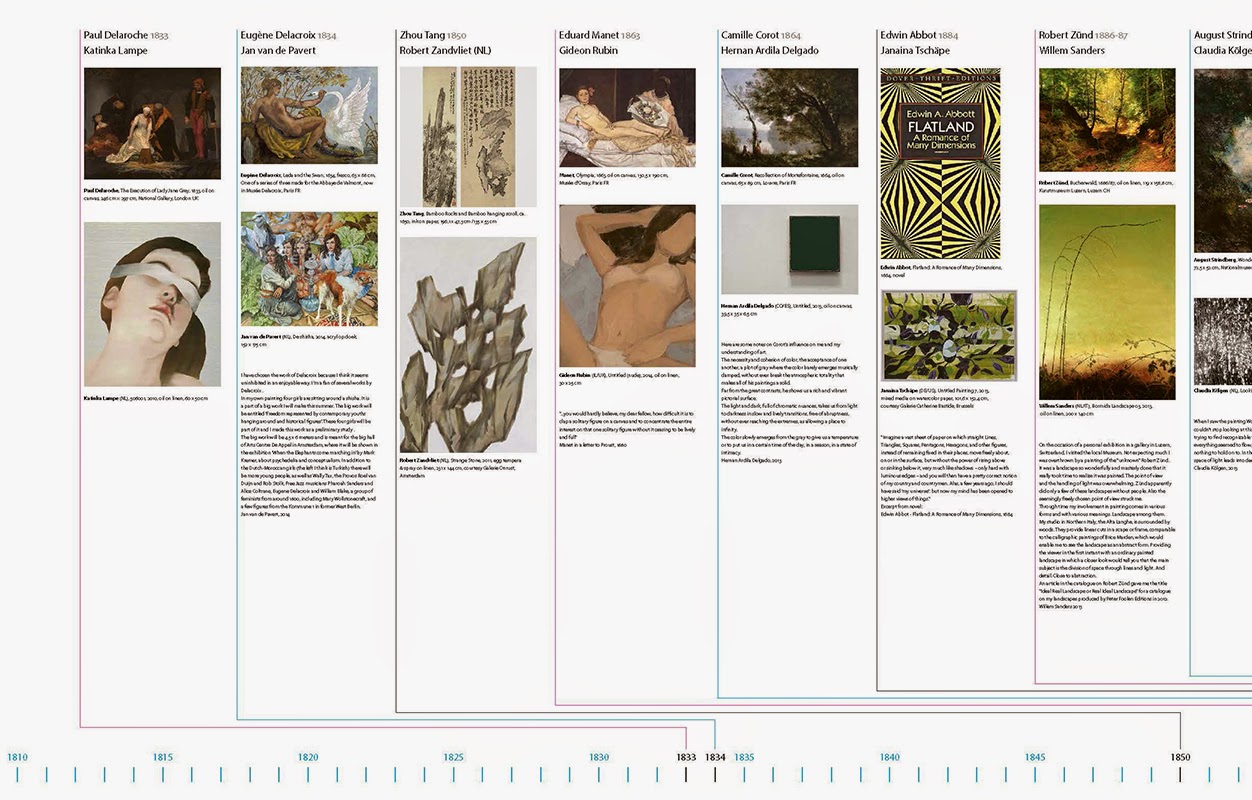 Installation views of the exhition: 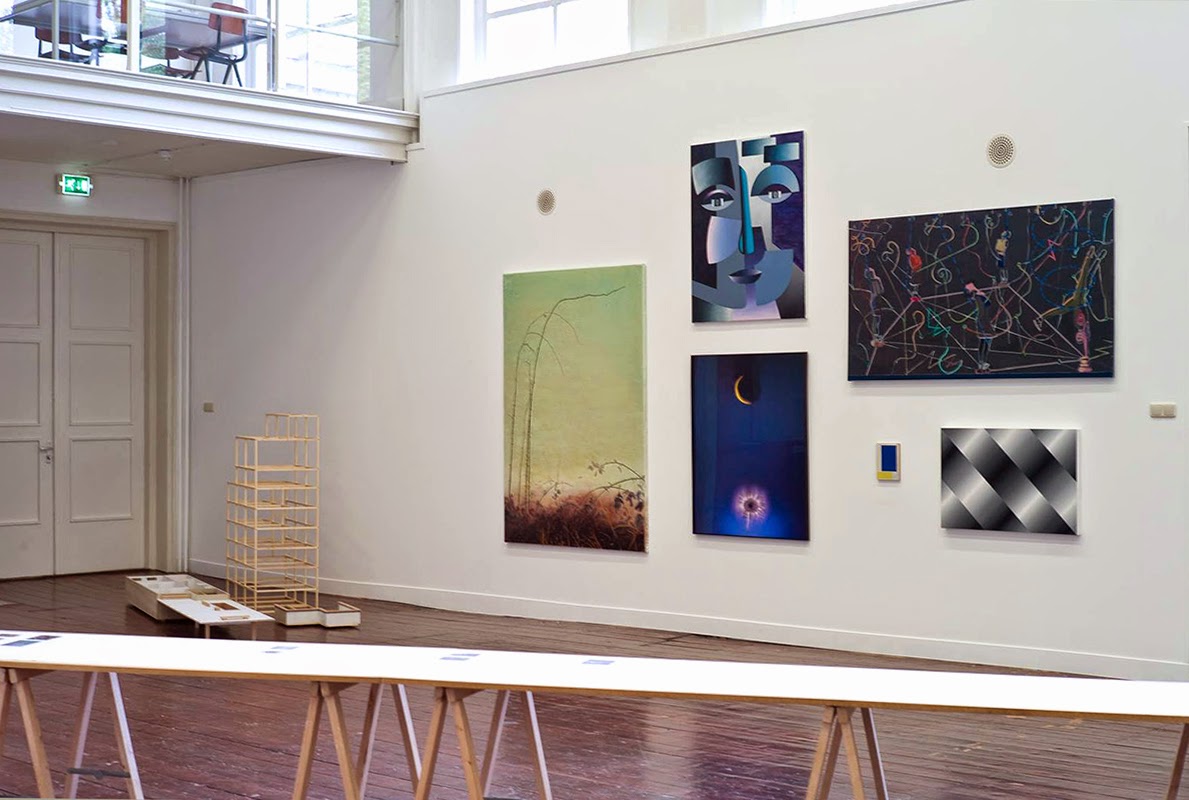 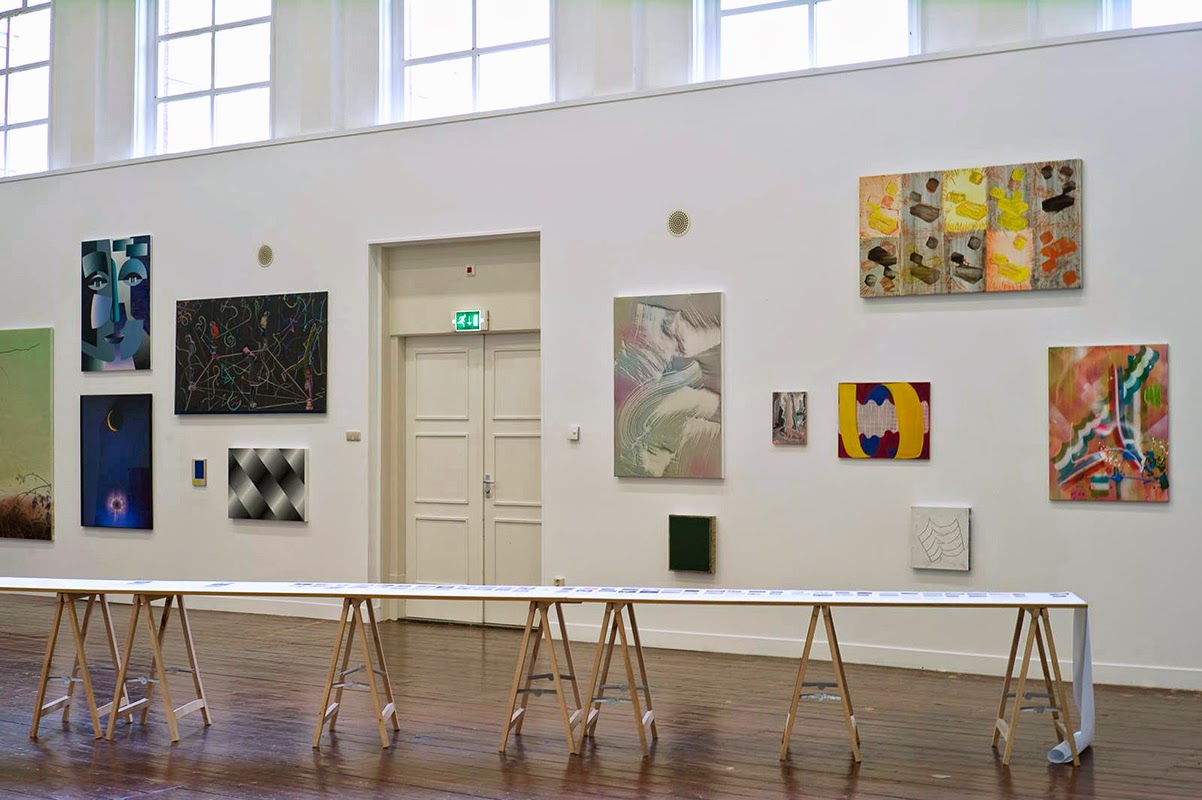 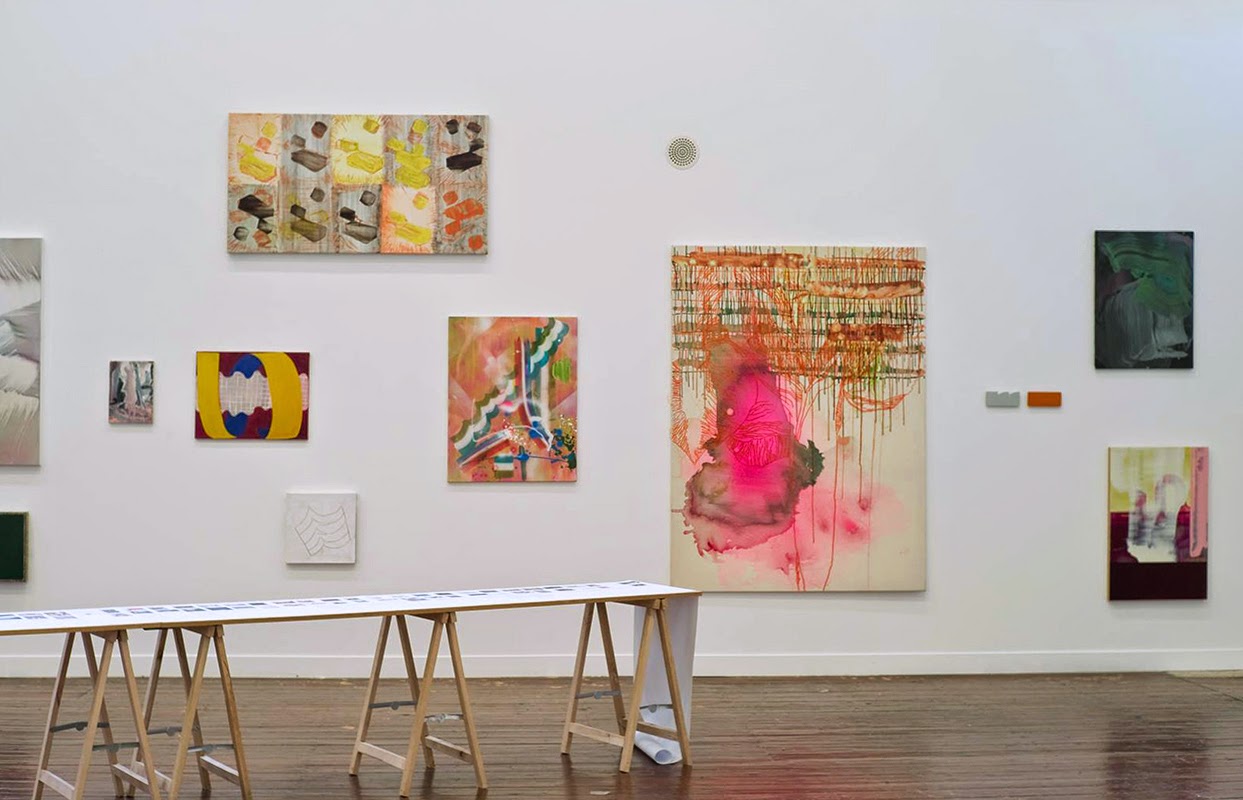 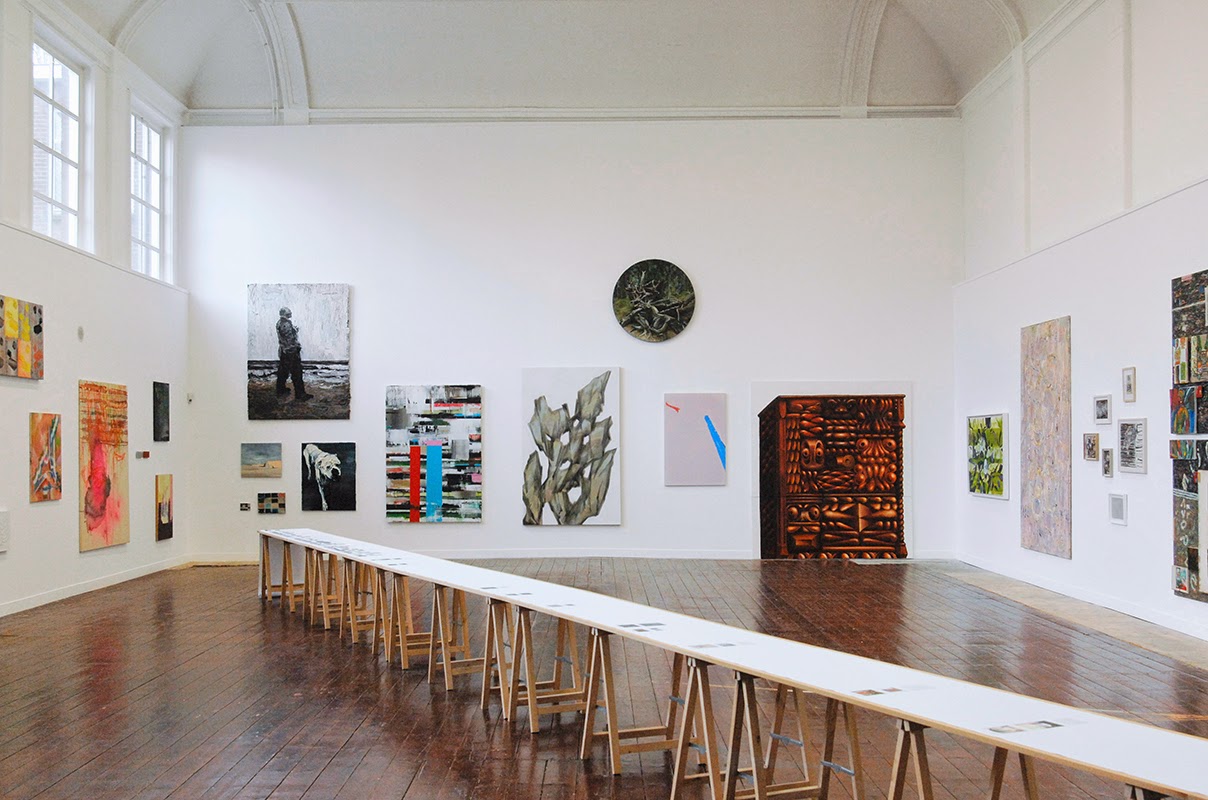 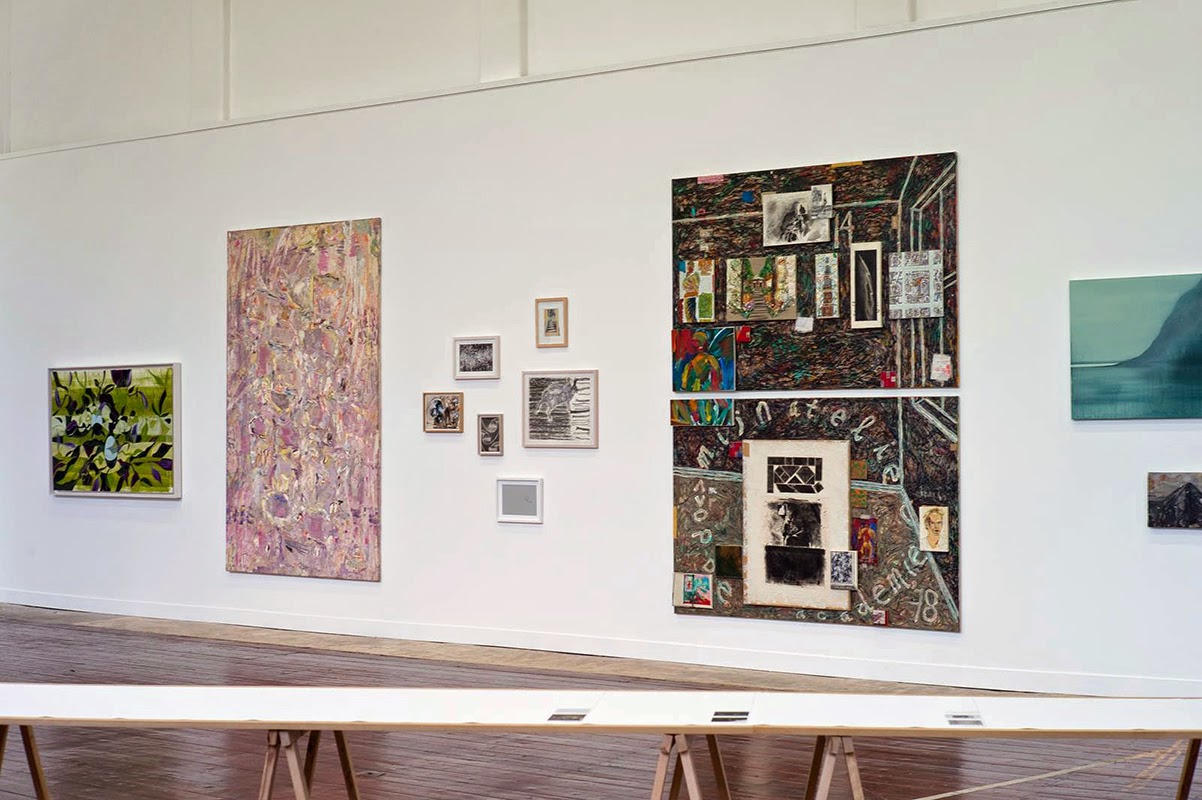 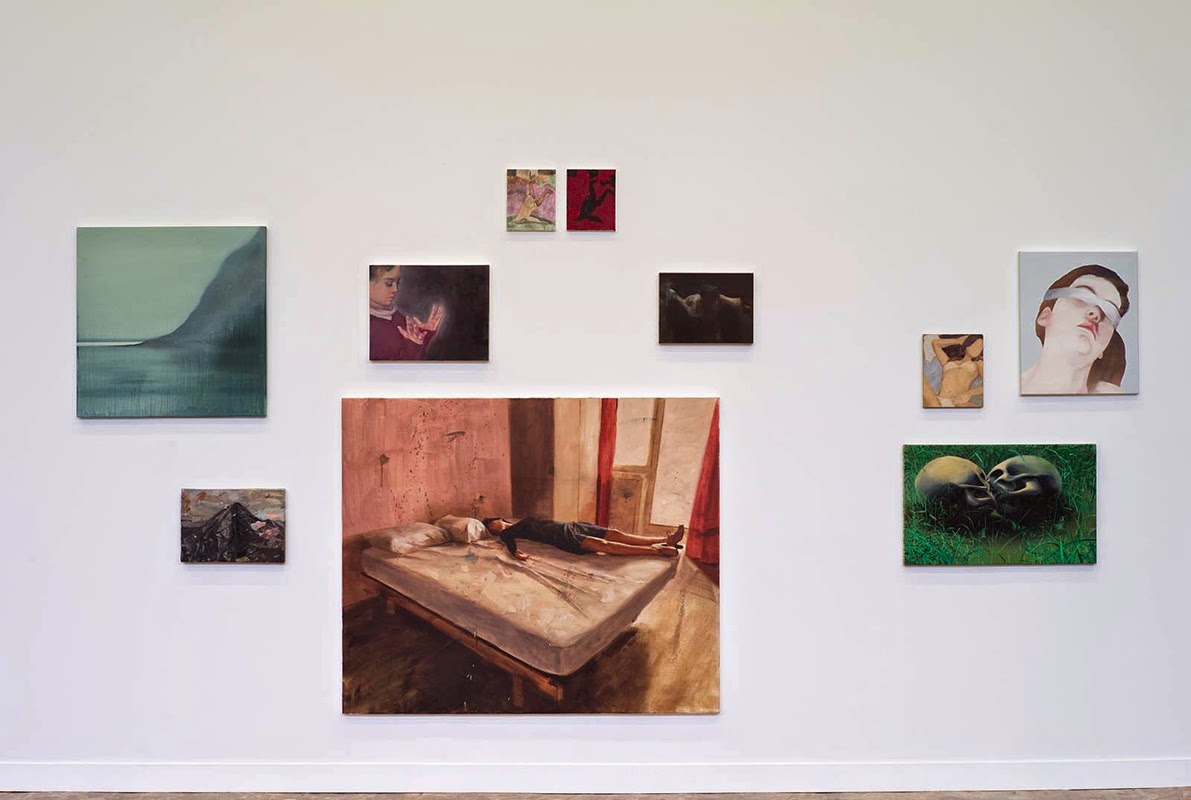 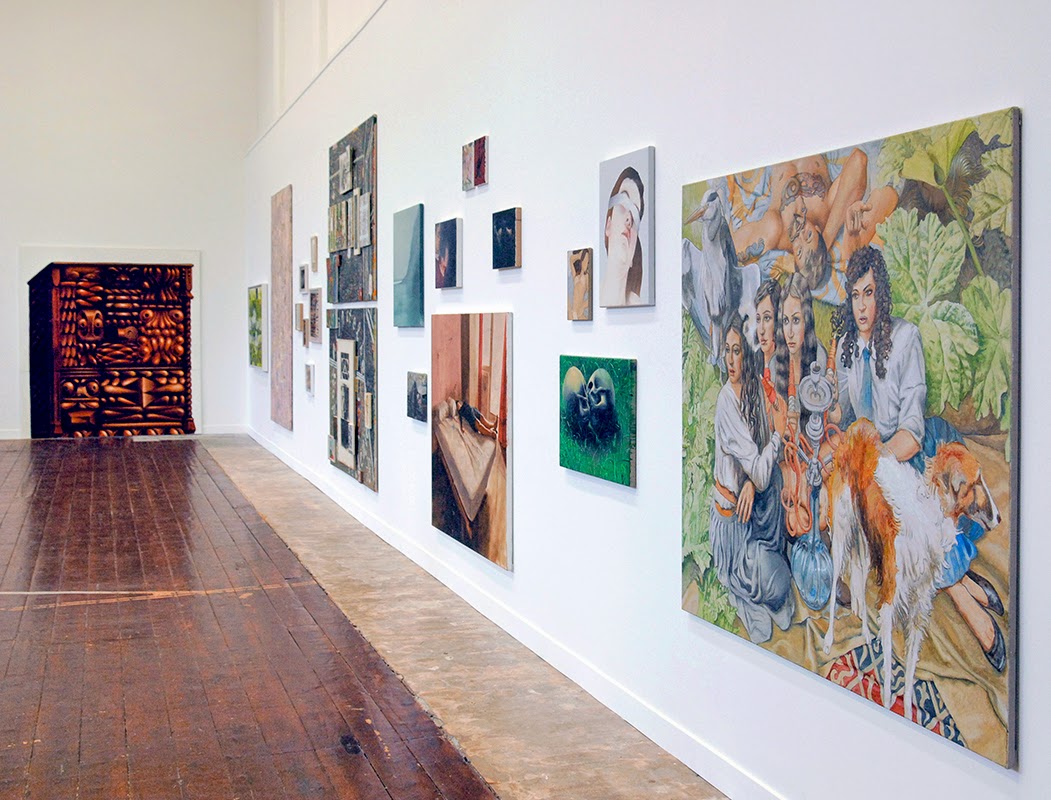 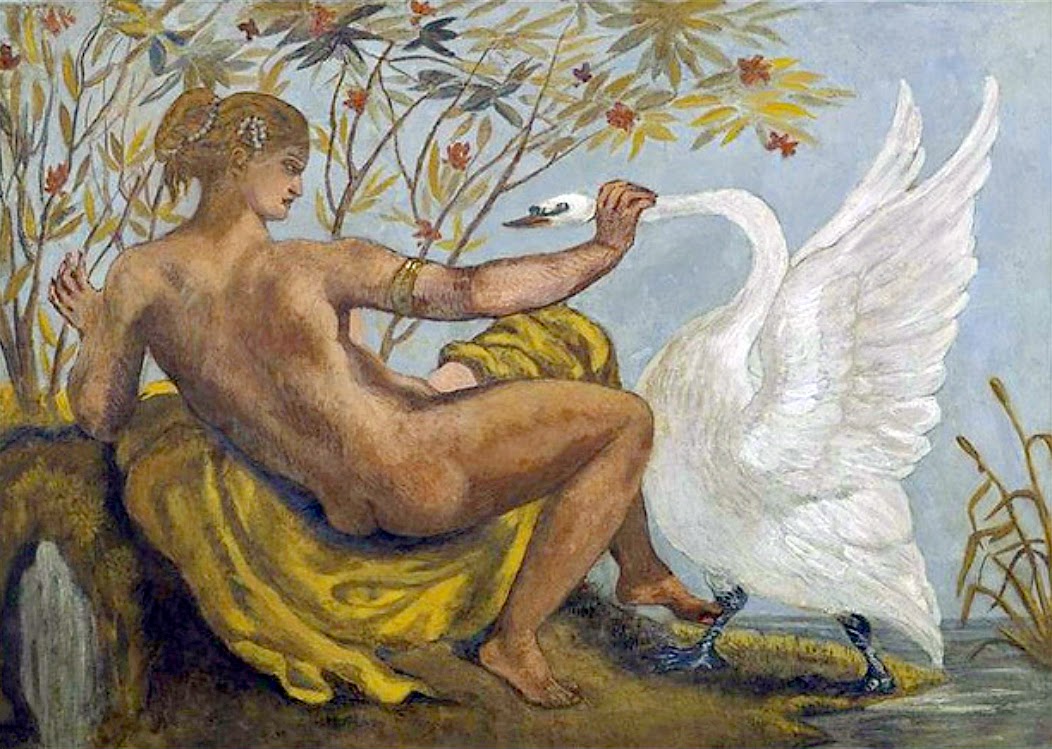 Eugène Delacroix
Leda and the Swan
1834
fresco
63 x 88 cm
One of a series of three made for the Abbaye de Valmont, now in Musée Delacroix in Paris

I have chosen the work of Delacroix because I think it seems uninhibited in an enjoyable way. I 'm a fan of several works by Delacroix.
In my own painting four girls are sitting around a shisha. It is a part of a big work I will make this summer. The big work will be entitled 'Freedom represented by contemporary youths hanging around and historical figures'. These four girls will be part of it and I made this work as a preliminary study.
The big work will be 4.5 x 6 meters and is meant for the great hall of Arts Centre De Appel in Amsterdam, where it will be shown in the exhibition 'When Elephants come marching in' by Mark Kremer, about psychedelia and conceptualism. In addition to the Dutch-Moroccan girls (the left I think is Turkish) there will be more young people, as well as Wally Tax, the Provos Roel van Duijn and Rob Stolk, Free Jazz musicians Pharoah Sanders and Alice Coltrane, Eugene Delacroix  and William Blake, a group of feminists from around 1800, including Mary Wollstonecraft, and a few figures from the Kommune 1 in former West Berlin.
Jan van de Pavert, 2014 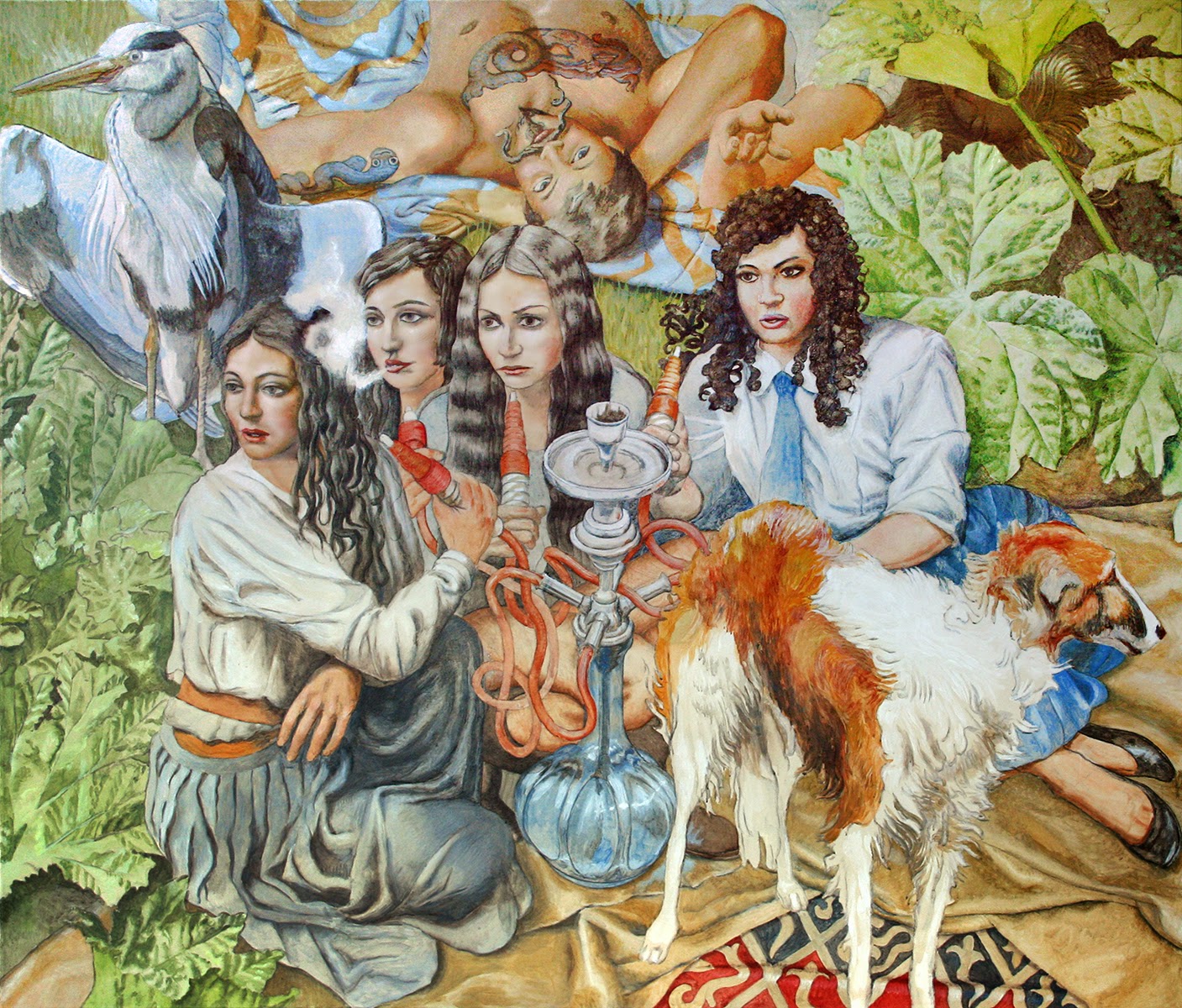 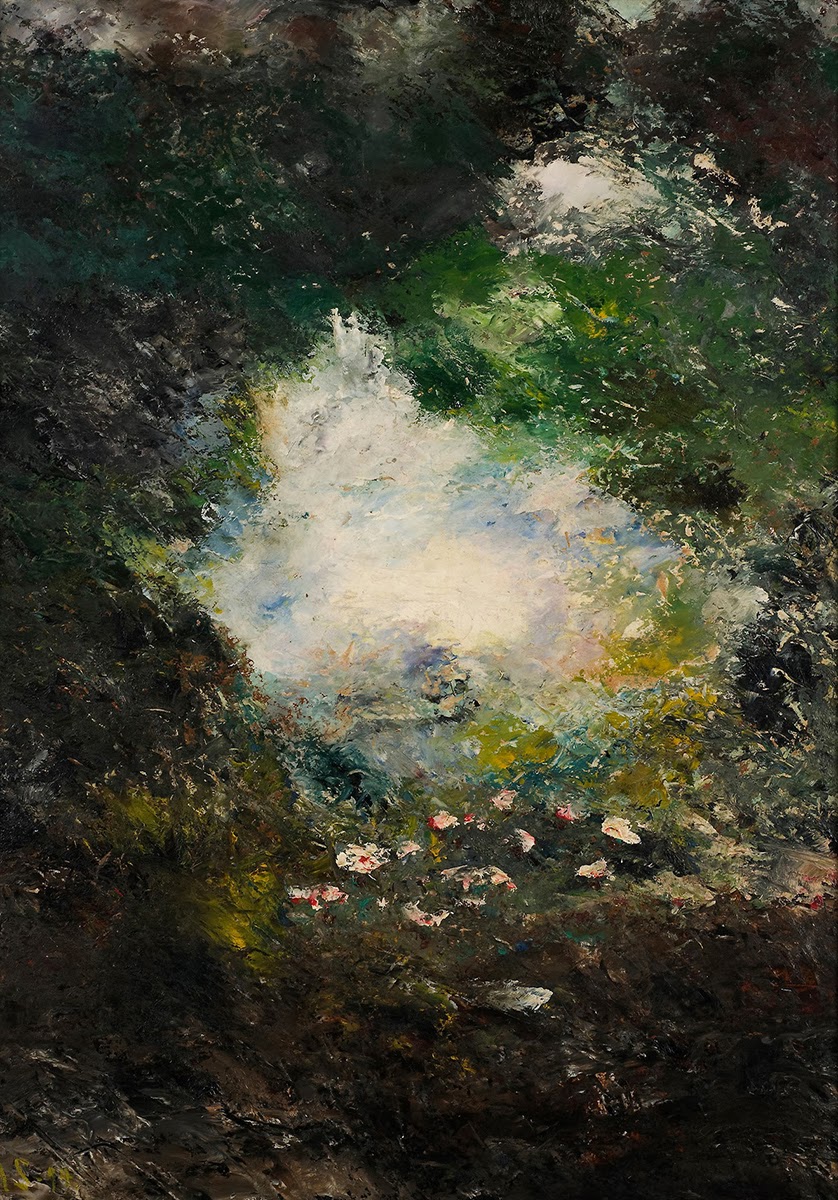 When I saw the painting Wonderland of August Strindberg I couldn't stop looking at this scene of landscape. My eyes were trying to find recognizable forms, or find some orientation. But everything seemed to flow, restless and moving – there was nothing to hold on to. In the centre the white indefinite open space of light leads into deep fog. I was touched and fascinated.
Claudia Kölgen, 2014 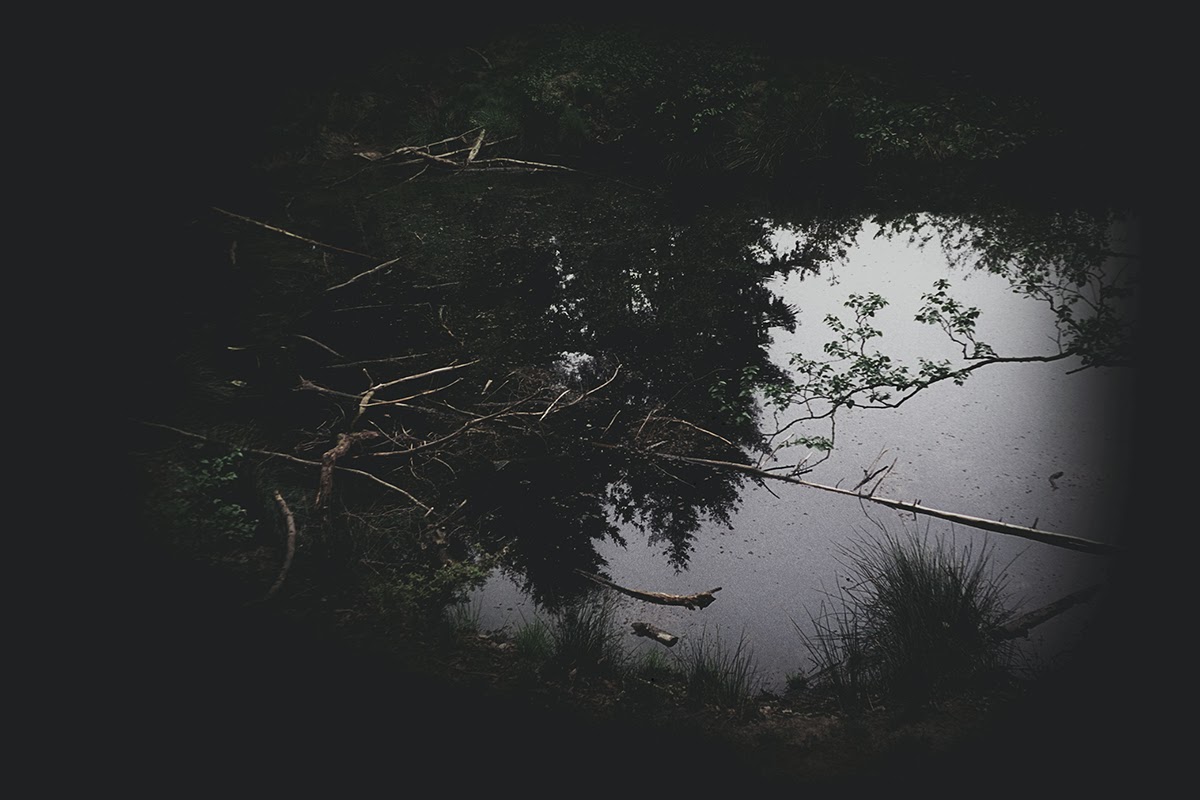 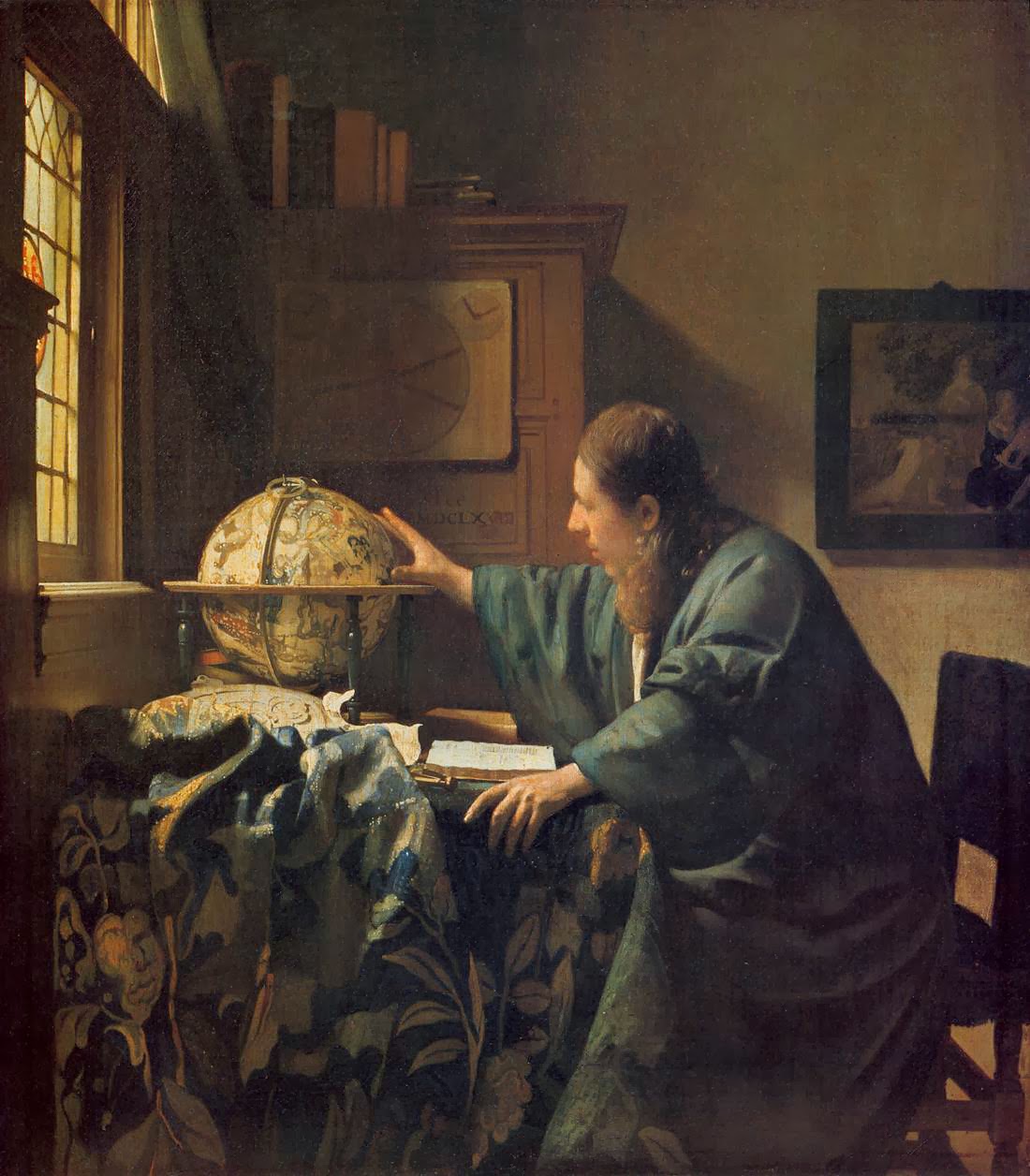 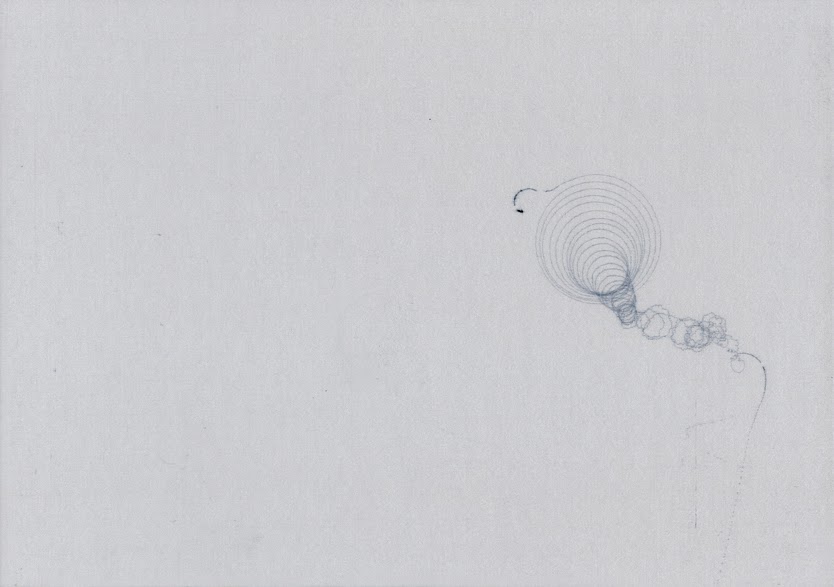