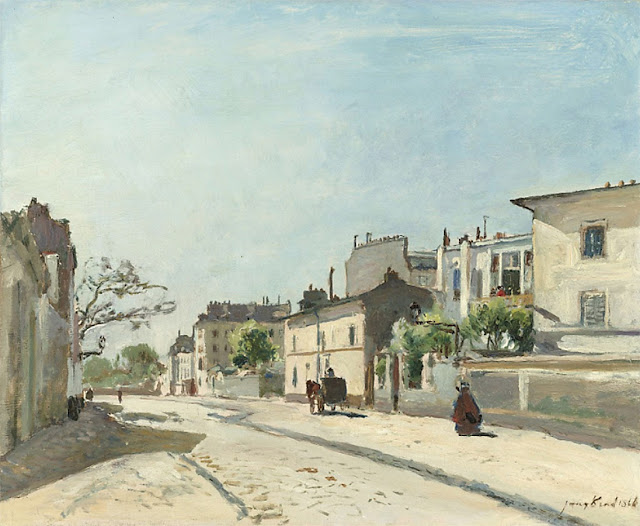 
February 9, 2016, the day of issue of this post, is the 125th dying day of J.B. Jongkind.
With J.B. Jongkind in the street
A Jongkind in the Rijksmuseum is indispensable. It represents an episode that colorizes the cradle of French impressionism. Symbolic is that the national flag in the life of the painter tilted from horizontal to vertical. The Dutchman Johan Barthold Jongkind (born in Lattrop, Overijssel in 1819 and deceased in the French Cote Saint André near Grenoble in 1891) remains a French artist for the French. In art history I compare him with a stray pea in the freezer compartment of the Dutch refrigerator. Around the green bean frozen leftovers and ready-made meals are removed one by one from the freezer. The dried pea continues to wander like a vagrant. But once thawed, put him on a sponge and spring jumps you in the face. That phenomenon is more than a predictable trick after 130 years. Jongkind was a wolf to himself, he suffered hallucinations, became confused and languished repeatedly. Claude Monet, who learned the approach to light and the brushstroke as a pupil of the Dutch pioneer, described the morbid personality of Jongkind with the observation: "... Jongkind est mort pour l'art ". Monet meant: "Jongkind is lost for the art." But the man had nine lives. He was mercifully helped by, among others Madame Fesser and is buried beside her.
I adore the pea Jongkind in different ways. He is an outsider. The painter, who is refused to salons, no longer participates in the flirtation among celebrities. His contemporaries, the Goncourt brothers (the two men had a third eye for the avant-garde) are starting to recognize him as the first and only original spirit that knows to express innovation. In their eyes the rest of the painters' guild is asleep and constantly trying to, left or right, go past the old Delacroix at a snail's pace. The Dutchman appears to have a convincing hand with his sketches in the open air. Often he paints or draws from direct observation. In the studio he starts off with the summary notes and uses his sublime color memory. Can you describe a color, and then reproduce it? That apple green with a hint of white at the edges with a dark pastel in blue gray? In his boat and harbor scenes Jongkind can do precisely that, so it seems to us today. This painting is made on the street, judging the size. Jongkind conducts us casually to every corner of the scene. Each cornice, in-between wall and chimney has its own character. Even the outside walls have two or three shades of beige which he applied wet-on-wet. This creates a spell. In each plane is a brushstroke that matches with a light contour in the next plane. Thus he achieves a motion with a convincing point of rest. He does this with the layout and the heavy shadows, where again little figures in detail appear. Jongkind didn't copy photography, but he recorded and absorbed the whole scene with a sense of small details. With what suppleness and control the work is created.
That's part of the mystery surrounding Jongkind, he was unbearable to himself, a man suffering from life itself. In him raged a genius that didn't spare him, he didn't dance the polonaise in the painters movement of that time. I see him as the pioneer who exposed himself to great challenges, including sorrow, and yet was able to give back a universal view of the world. Fleming Maurice Guilliams wrote a poem in 1943 called "The man at the window". Actually, in this poem the artist steals a piece from reality and returns it through art. Just because of that removal and return, we become aware what we have missed earlier and why we are going to look better.
This 'Rue Notre-Dame' by J.B. Jongkind from 1866 is an example in that movement. This painting evokes an era. The street scene still appears as everyday life. Although without taxis, cars, advertising and wide skirts. Jongkind can hardly be caught using quick brushwork and smooth sentiments. His perception shakes up our view. He intensifies perception with his brushstroke. That ability has been recognized with awe and slight jealousy in his time. By his hand a sequence between all kinds of shapes with their contours appears to exist. As though the whole image houses a subcutaneous planning that we begin to recognize with attentive examination. Jongkind gives a name to things and at the same time has a mysterious force run along in the picture. Would you have asked Jongkind to work out a storyboard for a scene from a movie, then we stand here in the Rue Notre-Dame, looking at the next moment what will happen. Thanks to J.B. Jongkind, in late May or June 1866, my estimation. 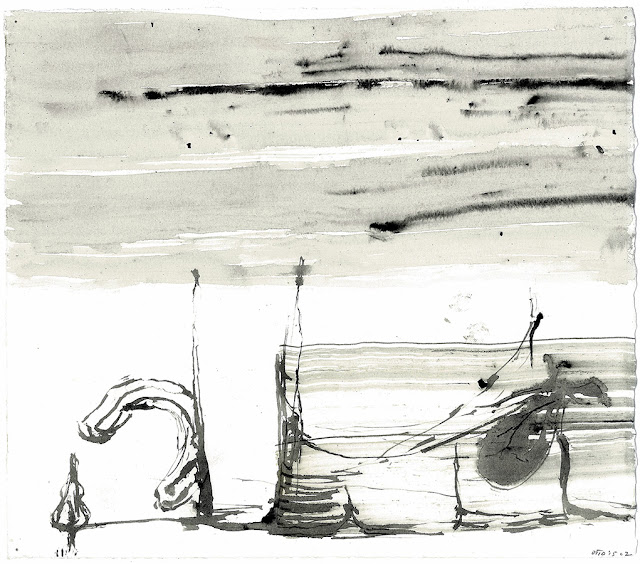 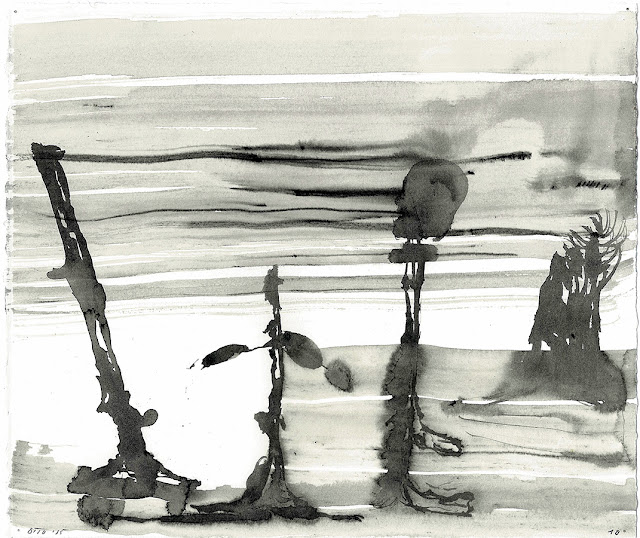