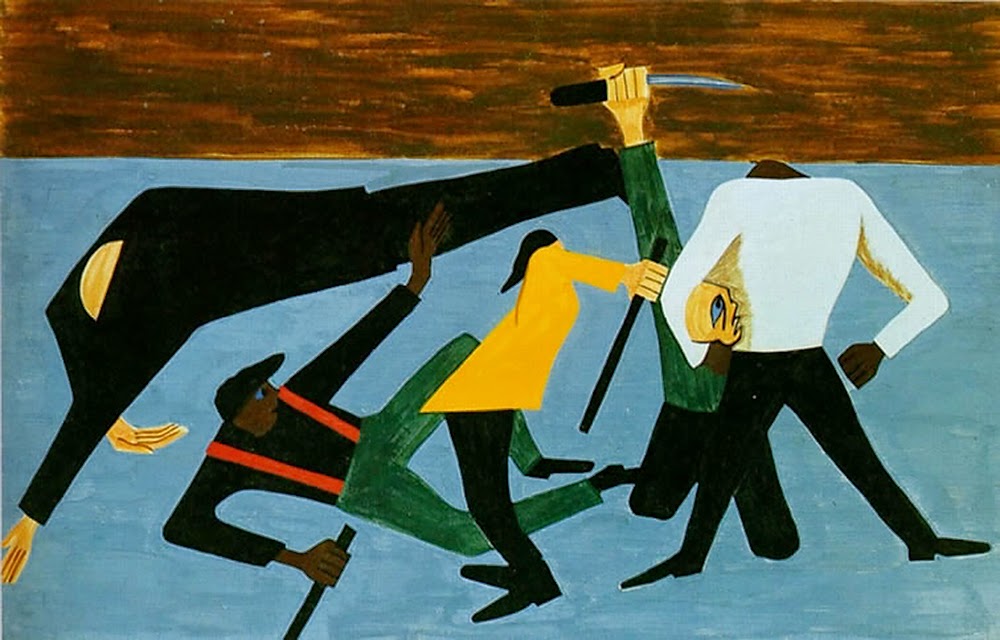 When I first saw the series 'The Migration of the Negro' by Jacob Lawrence, I was deeply touched by this history of African American Americans. Not the strength of realism, but rather that of the imagination makes that these works are forever impressed in my memory.
The series consists of 60 works and seems to symbolize the universal aspiration of people of all races to a better life.
I painted 'Le Depart' in 2011, after I had seen a raft at the edge of the IJsselmeer, probably made for a race or an adventure, ready to leave. Shortly thereafter the thought came over me that many fortune seekers risk their lives in crossing the ocean on such a raft, attempting to escape poverty and misery.
Koen Vermeule, 2014