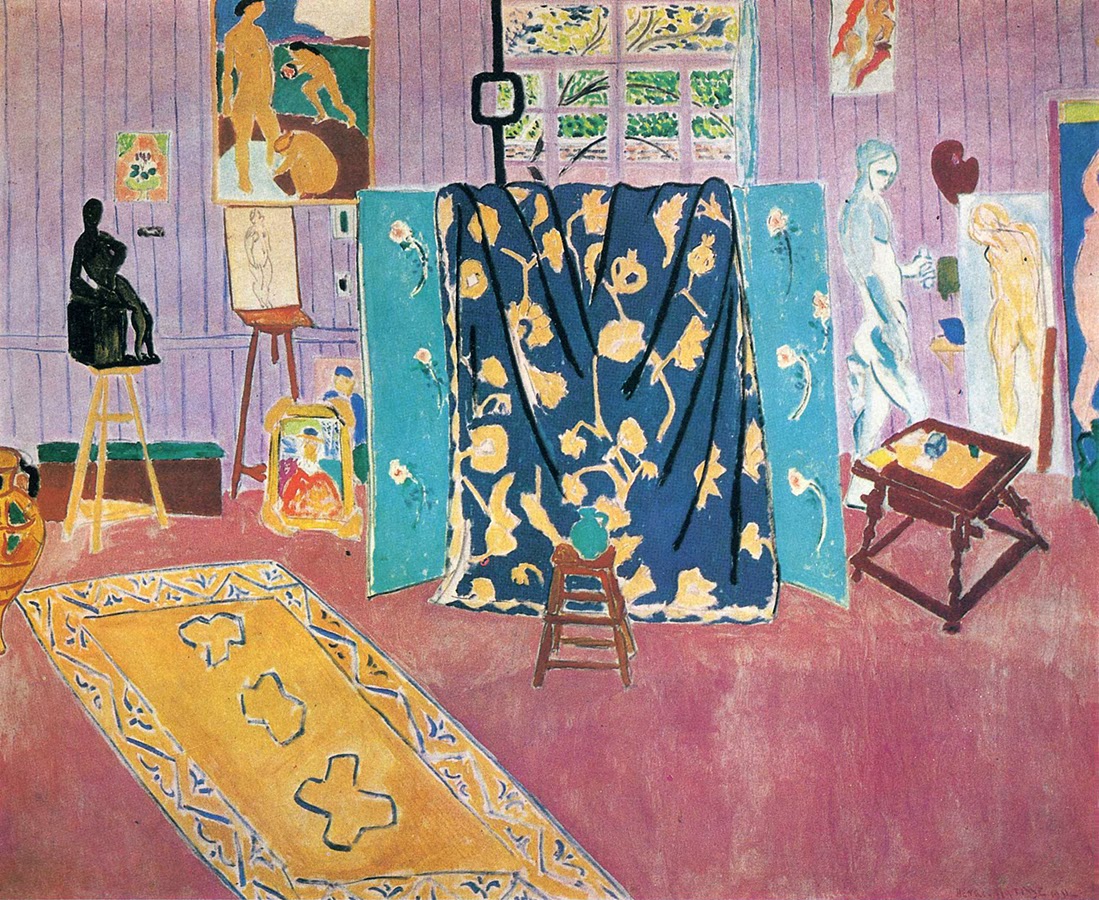 At the age of 14, I understood that a painting above all is a world of paint on canvas. This became clear to me after seeing the works of Matisse.
Now, over 40 years later, the same Matisse plays such an important role again. My 'Atelierschilderij (Studio Painting)' is composed of completed and unfinished paintings, old and new work, and work that I will make in 2044. Yet such a painting existed 100 years ago: 'The Pink Studio' from 1911. 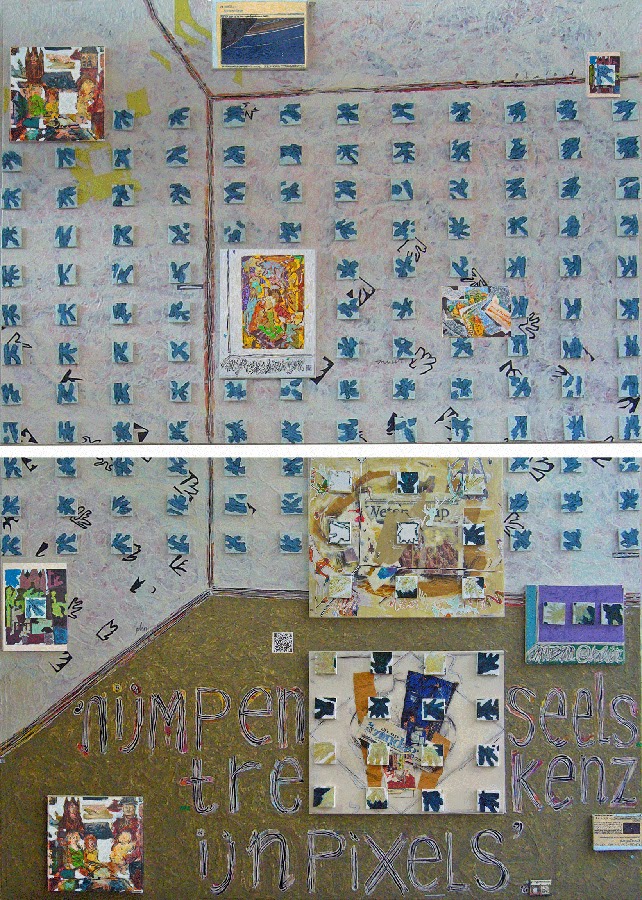 
My view that paintings are never alone, but rather are part of a larger context, is not shown only with my own work. A 18th-century group portrait of Cornelis Troost may just become part of a collage, combined with my group portrait of the 20th-century. That the 'edges' shown in the collage are broken, shows among other things that group portraits are created in the 16th century as well as in the 22nd century...
Aart Houtman, 2014 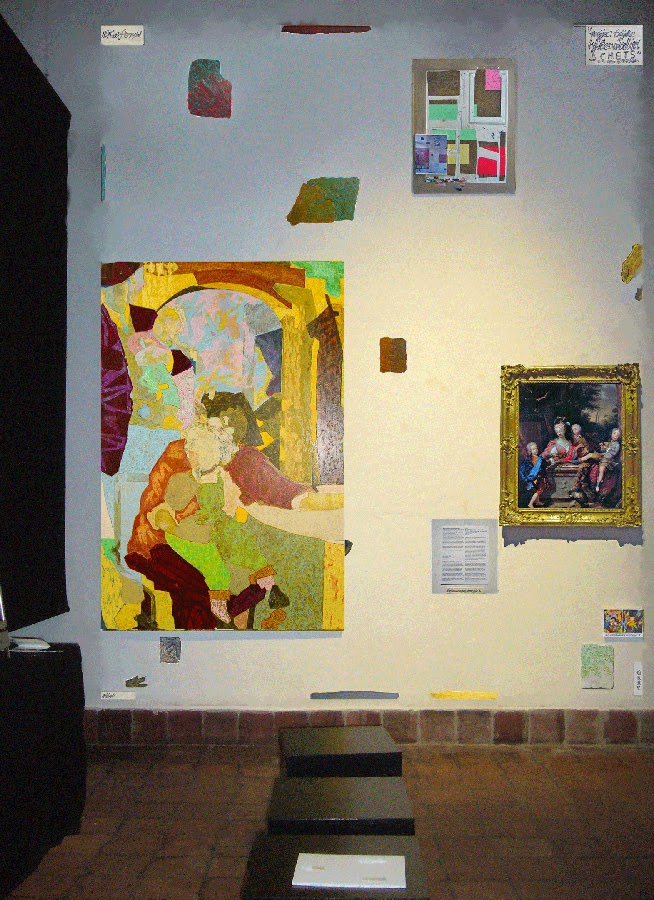