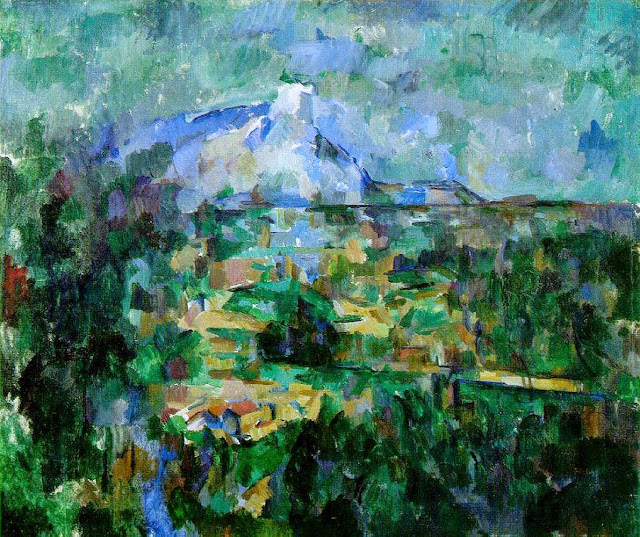 Paul Cézanne was one of the most innovative artists I have ever seen. His own unique style emerged from impressionism, his sensitive touch and beautiful color palette are of a rare quality.
My admiration started at an early age, since the first time I saw his painting 'Mont Sainte-Victoire', ca 1905. This painting had a big impression on me, this was partly because of the amazing colors, but mostly it was the abstraction of the landscape, this was beyond my imagination at that time. The mountain on this painting will become his inspiration and obsession and ultimately his death.

Cézanne painted this when he was 66 years old and he died a year later. He was caught in a storm while he was painting on this mountain. Because of his obsession with paining and this mountain he stayed there to finish the painting, after two hours he decided to go home. On his way back he collapsed and was found hours later, he suffered from hypothermia. The next day he wanted to go back to finish his painting, but half way up the mountain he lost his consciousness. They brought him back to his bed and he never left that bed again. He died a couple of days later.

With the story of his death in the back of my head, it seems to me that Cézanne already painted the storm that would kill him a year later. The dark sky that slowly tries to take over the landscape and wants to swallow the painting. But still there are some sunbeams that cut through the dark sky as if they try to say that there is still a strong force that will try to beat this heavy storm. Unfortunately we know that that force wasn't strong enough.

Years later, when I became a student at the art academy I realized that my own obsession with
abstract art started with this painting by Cézanne. Of course this is still more or less a figurative
painting, but it's far off from being a realistic view of the mountain. Later, after painting merely
pure abstract paintings, I started to incorporate figurative representations of things drawn from the
real world, things like tape and bubble-wrap, in order to make abstract paintings that play with the
associative character of the human brain. This is actually the mirror image of what Cézanne did
when he incorporated abstraction in his paintings, trying to come closer to the expreience of what you
see rather than being just another representation of what already exists.
Maarten van Soest, 2015

'I wished to copy nature. I could not. But I was satisfied when I discovered the sun, for instance, could not be reproduced, but only represented by something else'.
Paul Cézanne (1839-1906) 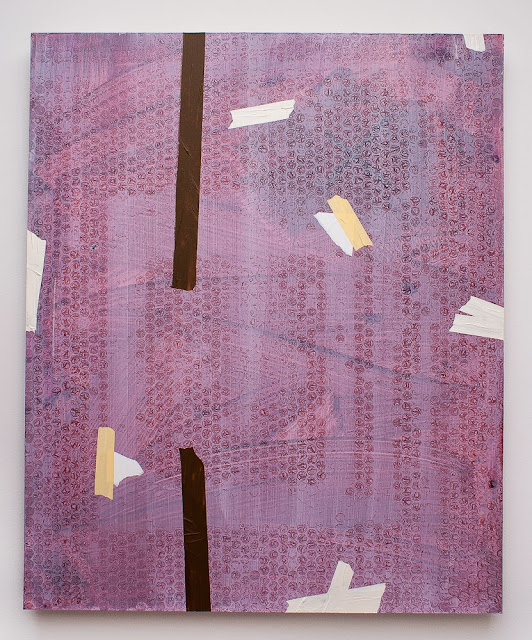 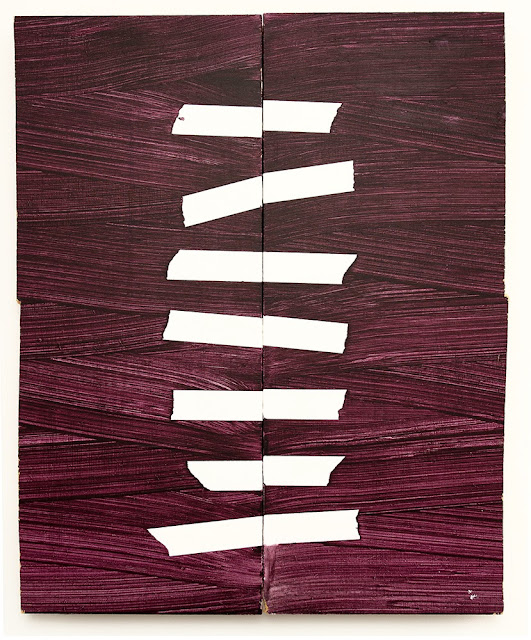