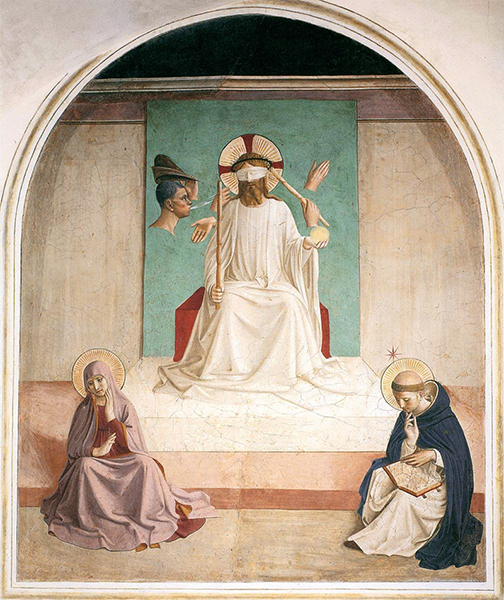 When I first saw the frescoes of Fra Angelico in the convent of San Marco in Florence many years ago, they made a big impression on me. Fra Angelico painted a scene of the life of Christ in each of the monk’s cells, enabling the praying monk to envision the scene and contemplate about it in his private space.
Especially this fresco of The Mocking of Christ in cell 7 had an extraordinary impact on me. The painting depicts fragmentary details of Christ's tormentors. The space is rendered with clarity and coherence that accentuates the strangeness of the mocking symbols suspended in air against a brightly colored plane. Christ’s humiliations of spitting, slapping and beating are not shown in their full violence in a complex narrative work, but they are shown as fragments, reduced to a series of symbols. The beautiful color scheme of the fresco and the clarity and complexity of these gestures struck me and had a big influence.
René Korten, 2013 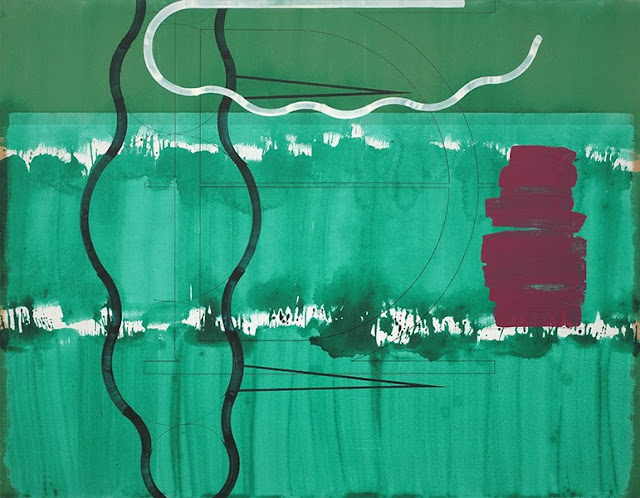 
His mature works consist of two or three diffuse rectangles of saturated color. Their effect is one of luminosity and floating in an indefinable space. Rothko often worked on a large scale, seeking to envelop the viewer in an experience of intimacy and spiritual transcendence.
Source: sfmoma.org 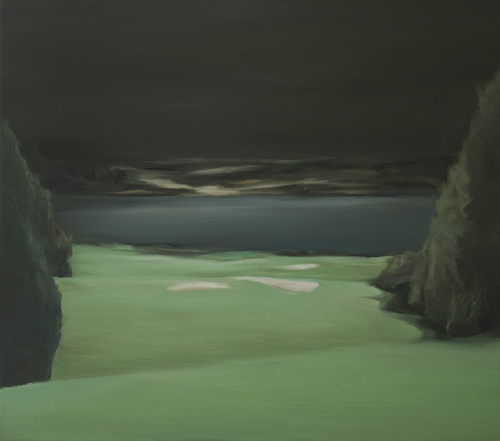